Life Sciences Legal A to Z - B is for Brexit

Life Sciences Legal A to Z - B is for Brexit 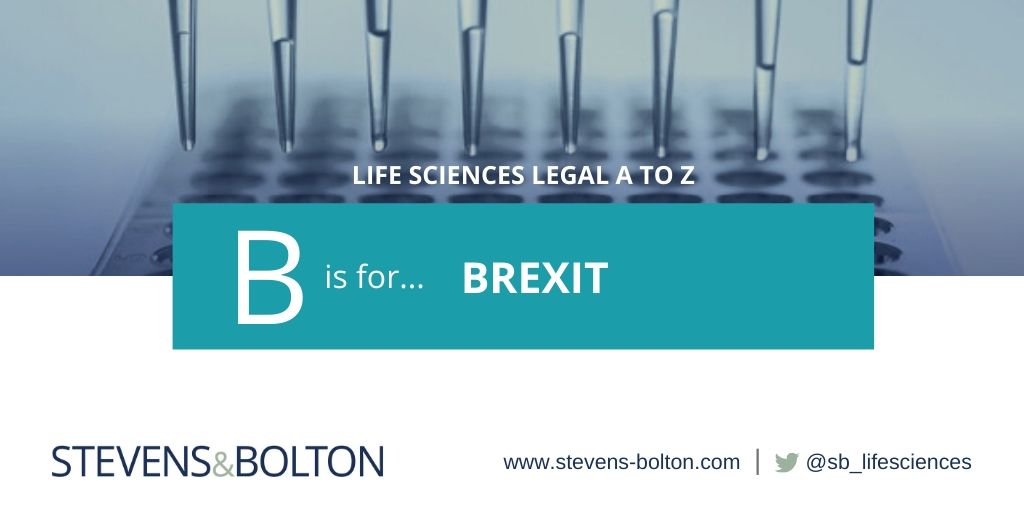 In any event, the outcome on life sciences businesses will obviously be most profound if the UK leaves the EU without an agreement that closely mirrors current arrangements.  Such a situation might have some of the following effects:

Looking at these themes in a little more detail:

Trading on WTO rules will mean greater uncertainty generally, as compared to the position under the EU acquis. Trade disputes are more likely which could result in the imposition of tariffs or the prohibition of products.  Any disputes may well take longer to resolve than they do within the EU. Unless the UK joins the EEA after Brexit, it is also possible that import licenses and mutual recognition arrangements as to manufacturing and safety standards will have to be agreed between the UK and other countries.

In relation to the regulatory framework, potential impacts include:

Brexit will also mean that the UK will lose its automatic access to the EU’s research and innovation programmes such as Horizon 2020. This has undoubtedly had the effect of making the UK a less attractive place to conduct R&D. In the short term, the UK government has committed to guarantee funding for all successful competitive UK bids to Horizon 2020 that are submitted before a No Deal exit. Going forward, however, the position is less clear. If the UK joins the EEA, or adopts a system of bilateral trade agreements in a similar approach to Switzerland, the UK could become an associate or third country member and still be eligible for Horizon 2020 funding providing it contributes to the programme.

The European Union (Withdrawal) Act 2018, supplemented with various Exit Regulations, “onshores” most EU-derived law upon exit day, retaining a body of case law for its continued interpretation. This may result in uncertainty in life sciences legislation if either the UK Supreme Court or the EU-27 depart from this “fossilised” body of law.

Some sources suggest that Brexit and the resulting discussions concerning trade agreements with other countries may open the UK market to increased influence by US pharmaceutical companies, both in terms of the pricing of pharmaceuticals and provision of services in the NHS.

Ultimately, life sciences businesses have understandably shown a degree of “Brexit fatigue” in recent months, however, it remains prudent for businesses in the sector to remain vigilant as to the practical and legal consequences of Brexit whilst numerous uncertainties prevail.