The Queen has recently won an application to prevent one of Prince Charles’ former butlers from registering the trade mark ‘The Royal Butler’ for use in his etiquette training firm.

Mr Grant Harrold, who was previously employed by Prince Charles at his country estate as a butler, sought a trade mark for the name ‘The Royal Butler’ (as part of the mark which can be seen below) for use in his etiquette training firm.

Opposition to the trade mark application[i] 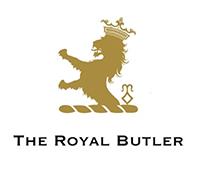 Lord Chamberlain, acting on behalf of the Queen, filed an opposition to the trade mark application, stating that Mr Harrold had not been granted permission to use the name. Lord Chamberlain put forward that Mr Harrold should not be able to register the trademark, as he had not been given permission to use the name by the Queen. He argued this under sections 4(1)(d) of the Trade Marks Act 1994 which requires the consent of Her Majesty or another member of the Royal Family to any trade mark which is likely to lead people to think that the applicant has or recently has had Royal patronage or authorisation.

Mr Harrold argued that the words ‘royal’ and ‘butler’ are dictionary words and, therefore, are not owned by anyone. He also noted that he had, in fact, previously been employed, as a butler in the household of HRH Prince of Wales between 2005 and 2011. Mr Harrold also argued that he had previously been granted permission to use ‘The Royal Butler’ at a private meeting with senior members of the Royal Household.

In relation to the emblem, Mr Harrold argued that the device in the mark was not a Royal Emblem or insignia.

The Registrar noted that the public is well aware that the Royal family employs butlers and places importance on the observance of correct etiquette. He therefore decided that the user of a mark featuring the words ‘The Royal Butler’ in relation to butler/etiquette training would be assumed to be someone who holds/recently held the office of The Royal Butler in the Royal Household. He said that the use of the mark would, therefore, indicate that the user had been given Royal authorisation to use the mark. However, on the evidence given, the Registrar decided that Mr Harrold had not been given permission to use ‘The Royal Butler’ as he claimed and for these reasons he refused Mr Harrold’s application to register the trade mark.

The case highlights the importance of public perception of the trade mark applied for and emphasizes that both the public perception, in this case the question being ‘would the mark be likely to lead persons to think that the applicant has Royal authorisation to use the mark’ and the context of the services covered by the application for registration is important.