Life Sciences A to Z - J is for Jurisdiction

Life Sciences A to Z - J is for Jurisdiction 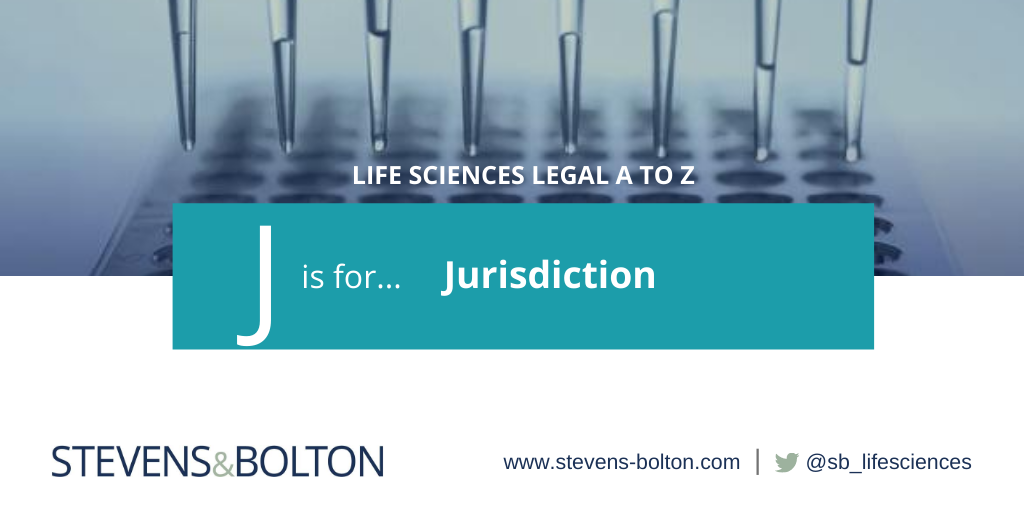 An important question to consider is who should be able to determine any disputes arising and order remedies for breaches of contract, be that through national courts or through arbitration.

Contractual jurisdiction clauses deal with this question. A jurisdiction clause is a common boilerplate clause often included when contracts are drafted. Sometimes the jurisdiction clause does not receive much attention, as the focus is on the commercial terms to be agreed. However, this can lead to standard wording being included almost as an afterthought without due consideration to the specific contractual arrangements being negotiated.

A common standard jurisdiction clause insofar as English contracts are concerned provides for the “exclusive jurisdiction of the English Courts”. Other clauses may provide for disputes to be resolved by arbitration instead, and set out details of how that will be done. We have written a piece on arbitration which can be found here. This article focuses on court jurisdiction.

Should I include a jurisdiction clause at all?

Yes. The question of jurisdiction can be of utmost importance. If a dispute arises, how that can be resolved, or the terms of the contract enforced, will depend on how the question of jurisdiction is dealt with (or not) in the contract. If the parties have agreed their preferred dispute resolution mechanism and choice of courts, this will avoid uncertainty and potential costly satellite disputes about where the dispute should be resolved.

This is even more important as the end of the Brexit transition period approaches, with uncertainty as to which international treaties may or may not apply in the potential absence of the EU regime on jurisdiction.

The question of which court should determine any dispute will largely depend on factors such as the geographical location of the parties, where business is conducted and the location of any assets. By default a party tends to opt for its home courts as this is more familiar and convenient. But if the business in question is being conducted in the territory of an overseas party, and that is where that party’s assets are located, then it may make sense to allow for the courts of that place to have at least non-exclusive jurisdiction, so disputes can be resolved and court orders enforced there.

The efficacy of any chosen legal system should also be taken into consideration. In some jurisdictions it can take many years to obtain a judgment, and the costs of pursuing legal action (and recovery of those costs) can also vary enormously from country to country.

“Escalation” clauses provide for more informal dispute resolution methods (such as senior management meetings and mediation) to take place before the matter is escalated to court action.

Enforcement is one of the most important aspects to jurisdiction. There is no point agreeing the exclusive jurisdiction of the English courts if action may need to be taken against a party resident in a territory which does not recognise or enforce English court judgments. In such a case, it may be better to agree that the courts of that other location have jurisdiction. If an overseas jurisdiction is chosen, local law advice should also be taken to check for any disadvantages or peculiarities which may need to be factored into your drafting.

We have previously written specifically about enforcement and addressed the enforcement of court judgments both within and outside the EU (including possibilities post Brexit) here.

Alternatively, you could opt for an arbitration clause. Arbitration has the benefit of being seen as a more “neutral” option and, crucially, arbitration awards can be enforced widely internationally under the New York Convention regime, for more information see here.

In any event, when drafting your contract it is important to give the jurisdiction clause careful consideration and take into account the locations and specific circumstances of the parties themselves as well as the nature of the proposed business collaboration and the wider context. This is crucial in the international arena in which life sciences companies operate, even more so in times of political uncertainty. The question of jurisdiction should always be reviewed on an individual case by case basis depending on where the counterparty and its assets are located to ensure that the prospects of resolving disputes in a favourable manner, enforcing judgments and making recovery are maximised.