Life sciences legal A to Z - A is for active ingredient

Life sciences legal A to Z - A is for active ingredient 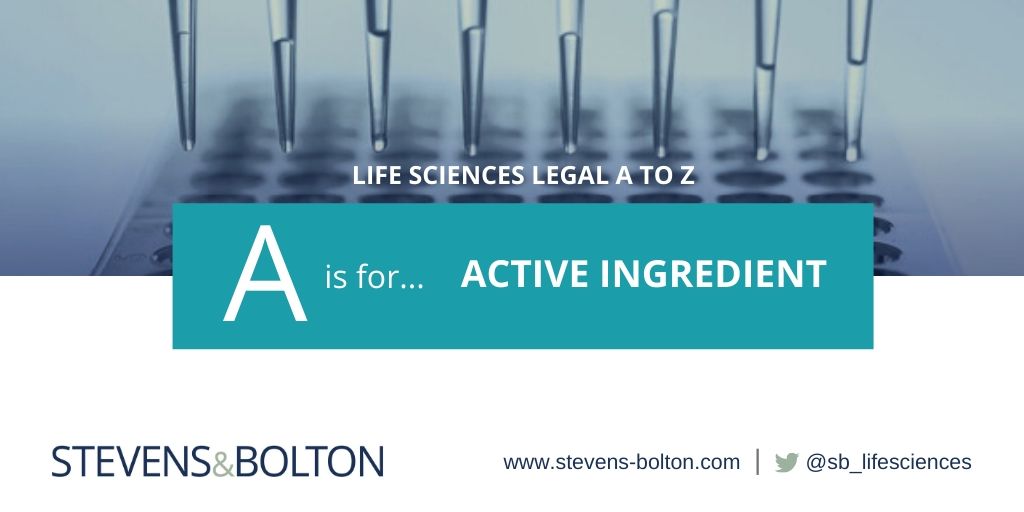 An AI is a substance in a medicine which is biologically active, having a therapeutic effect of its own. This is in contrast to other ingredients which are pharmaceutically inactive or neutral.  Such other ingredients may include:

As an example, the AI in paracetamol is paracetamol, the excipients include maize starch and magnesium stearate.

In the pharmaceutical patent world the patent on a new AI is often considered to be the core patent, protecting the core invention.  Patents covering new formulations, dosages and therapeutic uses (second medical uses) of the AI may follow on and are sometimes regarded as ‘secondary’ patents.  Such ‘secondary’ or ‘follow-on’ patents may incorporate very important medical advances; an example often cited is AZT (zidovudine) for use in AIDS therapy, which was considered a breakthrough in the treatment of AIDS. However, some commentators believe that secondary patents are commonly an attempt to ‘evergreen’, i.e. to extend patent protection for the original invention without offering sufficient patient benefits.  No generalisation can be made here, this will always depend on the particular case.

The question of whether the patent protects an AI is important in deciding whether a supplementary protection certificate (SPC) may be obtained by the patent owner.  An SPC provides an extension of up to five years to patent protection for certain authorised medicines. The purpose of the SPC is to compensate the patent owner for the long delays in bringing the drug to market necessitated by clinical trials, which eat into the original 20-year term of patent protection. However, SPCs are only available if the patent relied on protects an AI or combination of AIs.  It is often, but not always, the case that ‘secondary patents’ do not qualify for SPCs. The question as to whether a second medical use can qualify for an SPC is, however, currently unclear based on CJEU case law. This is an area of increasing interest at the moment in view of the potential importance of repurposed drugs to health services.