The English High Court has held[i] that an energy drink featuring a charging ram logo reminiscent of Red Bull’s charging bulls infringed Red Bull’s trade marks by free-riding on its considerable reputation. Infringement arose even though customers would not confuse the drinks or think that there was a commercial connection with Red Bull. The case is a good illustration of the breadth of protection which a registered trade mark can provide in relation to marks with a reputation. 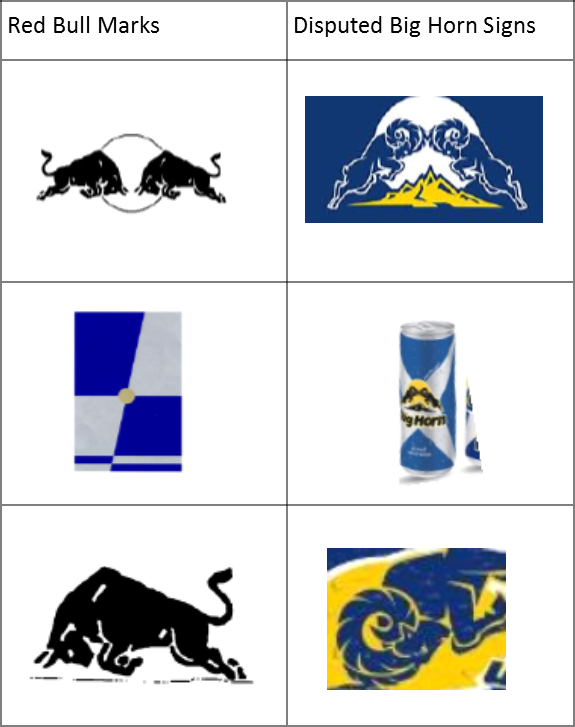 The Court held that the disputed Big Horn graphics (pictured above, right) were both visually and conceptually similar to the Red Bull trade marks (left). Given, among other things, the strength of reputation and the highly distinctive nature of Red Bull’s registered marks, consumers would be reminded of Red Bull, and, although they would be aware that there was no commercial connection, they were likely to think that Big Horn’s product was a cheaper alternative. In this way Big Horn would benefit – free – from the considerable advertising spend behind Red Bull.

The case illustrates one of the advantages of registering a trade mark rather than attempting to rely on rights of use under the common law tort of passing off.  Whereas to succeed in passing off it is usually necessary to show evidence of consumer confusion, which can be difficult and expensive in practice, registered trade mark law allows the trade mark owner to succeed in such situations on the basis that even where there is no confusion, free-riding can amount to unfair advantage.