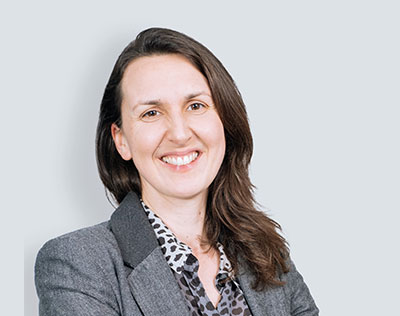 Jackie deals with a wide range of UK immigration and nationality matters from advising multinational corporates on their sponsor compliance duties to assisting individuals with their British nationality applications.

Jackie joined Stevens & Bolton in 2014 having trained at a City firm and having worked at a niche immigration practice in London for several years. Jackie previously spent time living and working abroad in France, Italy, Ecuador and Nepal which sparked her interest in immigration.

Jackie is experienced in relation to business immigration, especially sponsor licence applications and Tier 2 sponsorship and assists clients with more complex sponsorship issues, including where there is a change of ownership to the business.

Jackie also has extensive experience in personal immigration law and regularly advises on obtaining entry clearance, leave to remain and settlement in a wide range of categories including spouse/unmarried partner, ancestry, Tier 1 (Investor), Tier 4 and Tier 5 as well as advising on the full spectrum of European applications, including settled and pre-settled status applications.

Jackie also writes regular articles on immigration issues for publications, including the Times, Personnel Today, People Management and the HR Director. Jackie is an active member of the Immigration Law Practitioners Association (ILPA).

Some cookies are essential, whilst others help us improve your experience by providing insights into how the site is being used. The technology to maintain this privacy management relies on cookie identifiers. Removing or resetting your browser cookies will reset these preferences.